Selection of the best wineries of Maremma, here you can taste the Morellino di Scansano, the Montecucco, the Maremma Toscana.
Visiting a winery and tasting its wine is an unforgettable experience 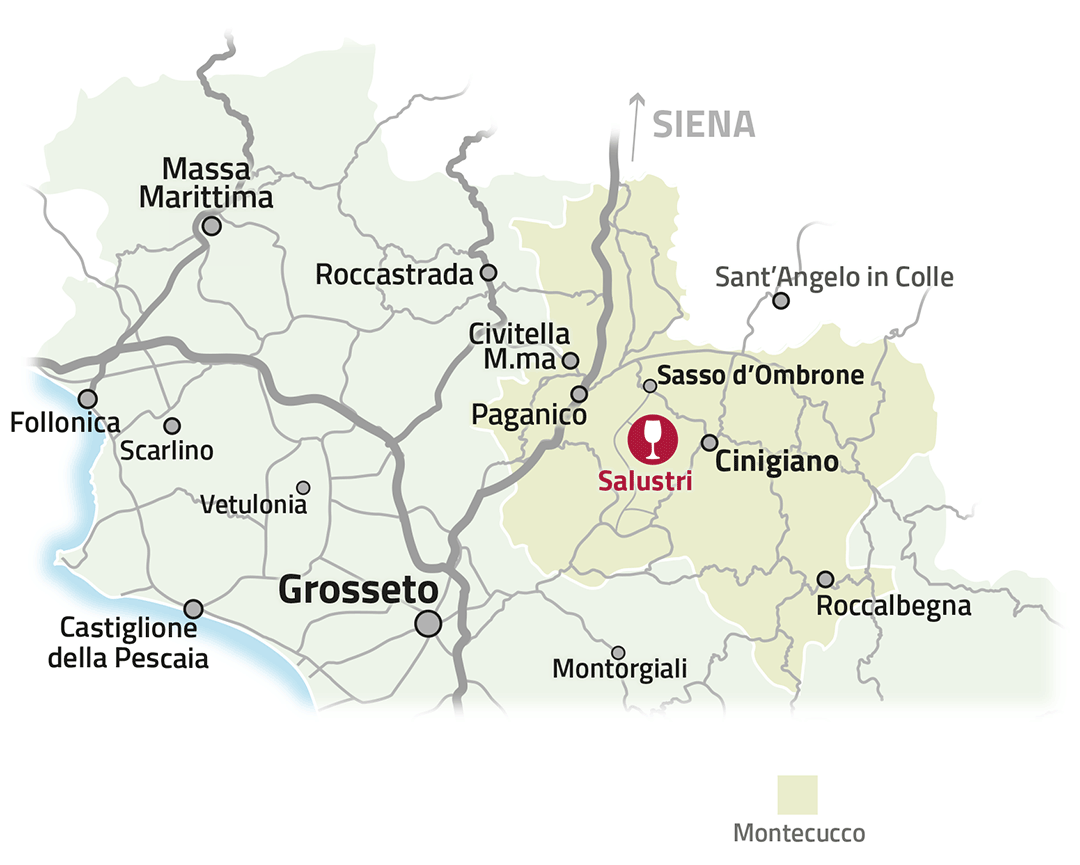 The Maremma doc is produced throughout the territory

Born in one of the most unspoilt areas of the Region, the most southern coastal part, known as Maremma Tuscany. Located between the valleys of the river Ombrone and the river Albegna. It includes, in addition to the territory of the municipality of Scansano, also part of the municipalities of Grosseto and Magliano in Toscana towards the Tyrrhenian Sea. Then Campagnatico, Roccalbegna. Semproniano and Manciano towards Monte Amiata and the interior.

The “history” of Morellino is linked to that of the hills in the hinterland of the Maremma that have always been suitable for the cultivation of vines. With a constant and concentrated rainfall, with the hills that allow the warmth of the sea breezes to filter, accompanied by the sun inside the valleys between Ombrone and Albegna, the conditions for the ripening of the grapes are the best.

The ancient origin of the wine of Scansano is confirmed by historical documents of the twelfth century, which cite it for “excellent goodness”.

In 1812, they were produced in the area of Scansano, as many as 5,540 hl of wine of which a classified part of “superior quality”. For a wine experience to remember we invite you to a tasting morellino di scansano and montecucco .

The area of Montecucco

Characterized from a climatic point of view by peculiar situations, therefore, related to its climatic characteristics, relative to its proximity to Mount Amiata and especially to its geological profile. Most of the territory covered by the designation is hilly. Most of the vineyards are located at the cultivation environment especially the Sangiovese. The DOC Montecucco is a growing denomination, born in the late nineties from the commitment of a group of young winegrowers. Since 2011 also includes the DOCG Montecucco Sangiovese .

It is the story of a “volcanic” Sangiovese so which often combines strong acidity with an interesting minerality. A wine that is born on the lands between the Tuscan Maremma and the slopes of Monte Amiata. Set between the DOCG of Brunello di Montalcino and Morellino di Scansano.
The 7 production municipalities are: Arcidosso, Campagnatico, Castel del Piano, Cinigiano, Civitella Paganico, Roccalbegna and Seggiano, which extend over about 800 hectares of vineyards including 500 dedicated to the DOC and DOCG. It is one of the lowest yields per hectare in Italy. However, the total production has almost doubled in the last 6 years.