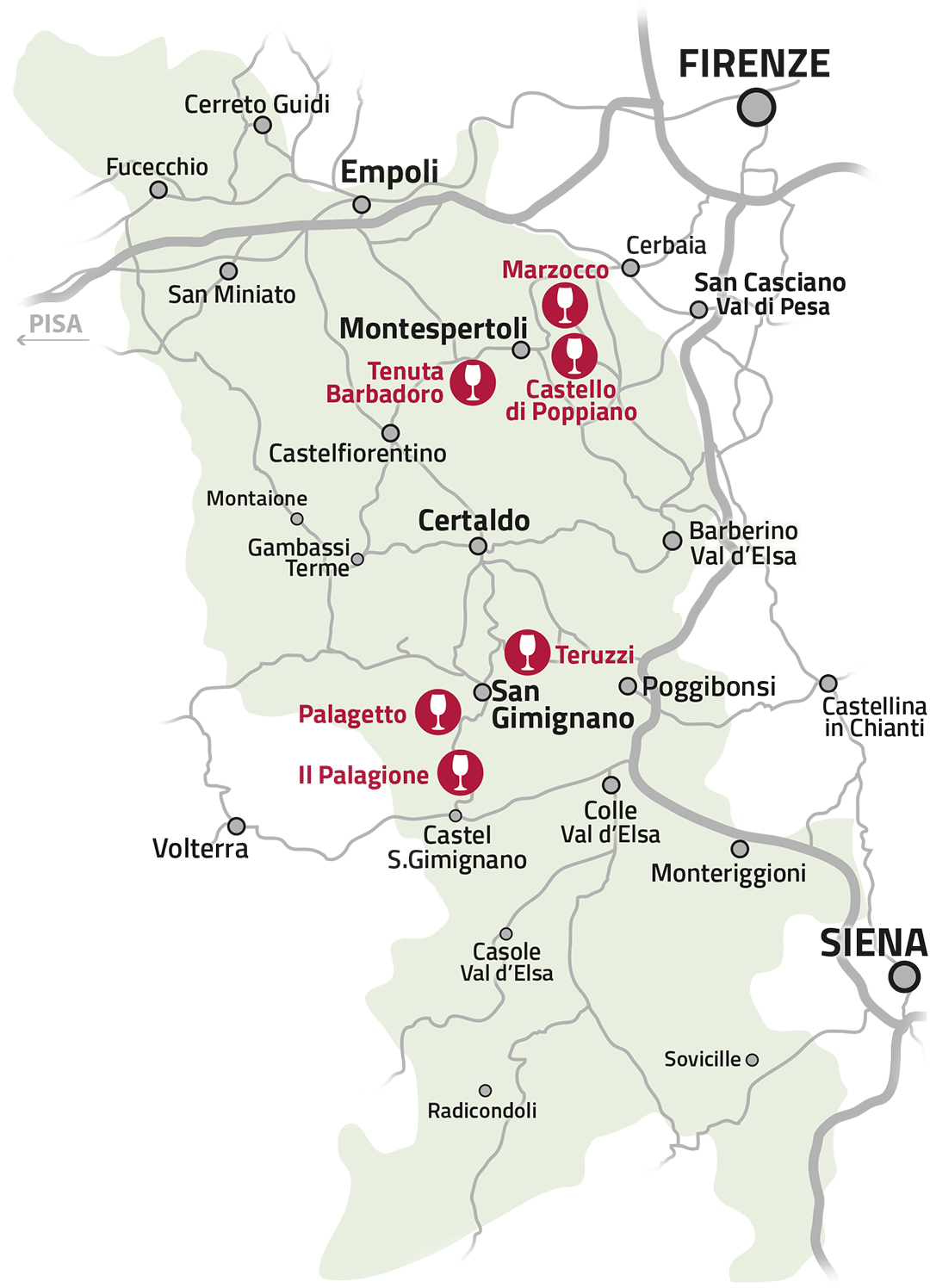 Vernaccia di San Gimignano is a white wine, produced in a restricted area of Tuscany, coinciding with the municipality of San Gimignano, known and appreciated all over the world.

It is controlled and guaranteed by the Controlled and Guaranteed Designation of Origin (DOCG) mark. It was the first Italian wine to receive the Denominazione di Origine Controllata (DOC) in 1966 and in 1993 it received the DOCG. Vernaccia di San Gimignano is a famous wine since ancient times and is still appreciated for its strong personality and its characteristic sapid-mineral profile . It is, in fact, one of the few Italian whites that possess aging skills. We are waiting for a wine tasting in San Gimignano

In 1997 the seventh sub-area of Chianti Montespertoli D.O.C.G.

As for the Chianti Colli Senesi the disciplinary is slightly different because the minimum base of Sangiovese is 75%. While the grapes of Cabernet Franc and Cabernet Sauvignon can not exceed together the limit of 10%. A wine tasting in montespertoli is an experience to try