Wineries of the Chianti

Selection of the best wineries in Chianti. Here you can wine tasting Chianti Classico. Visiting a winery and tasting its wine is an unforgettable experience 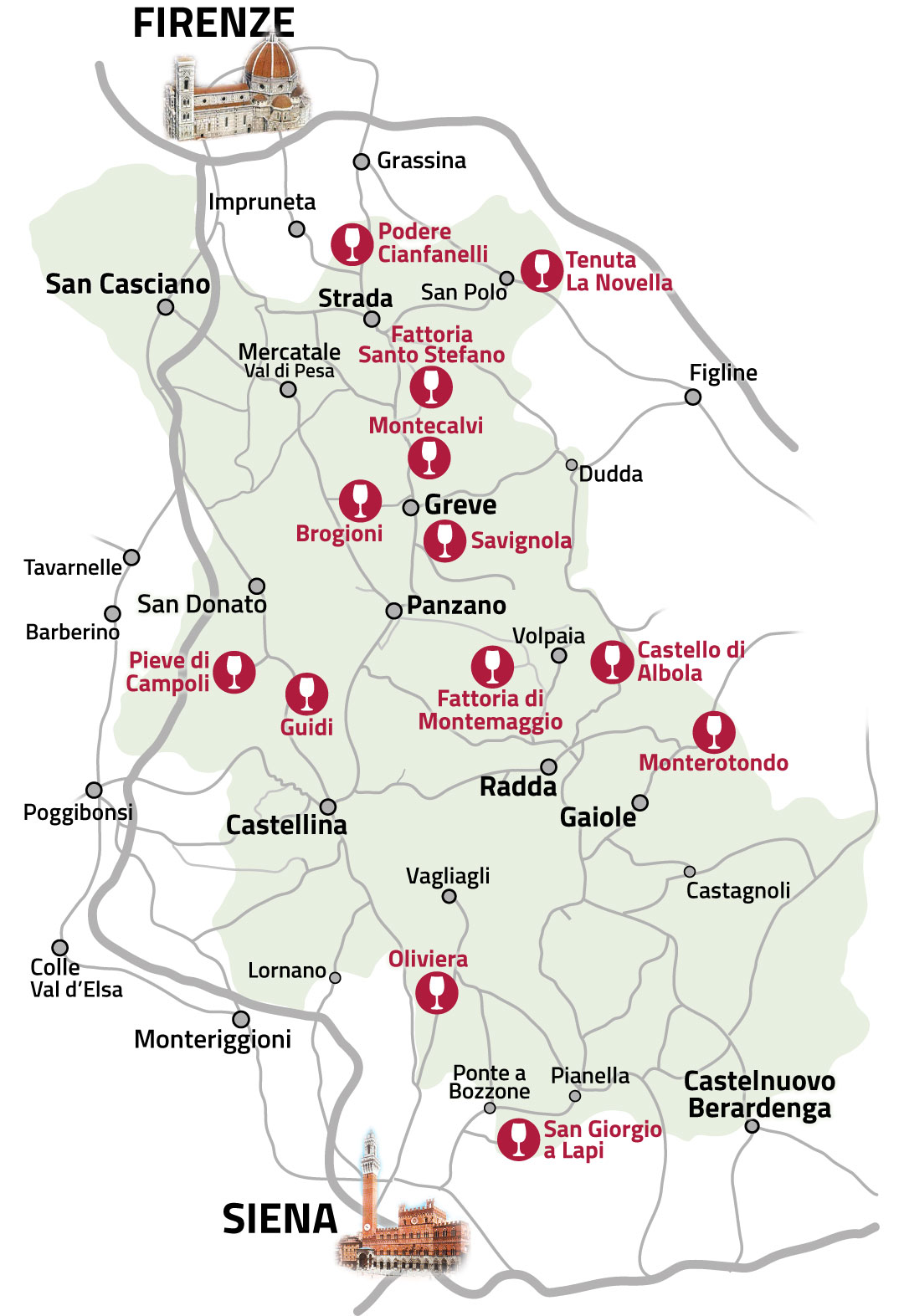 Chianti Classico is one of the most noble wines in the world and boasts the name of the land from which it was born, in compliance with strict standards that protect and guarantee quality.

It is produced in 70 thousand hectares of land between the cities of Siena and Florence, in an area that includes 8 municipalities. You can enjoy a Chianti Classico tasting in Greve in Chianti, Barberino Val d’Elsa, Tavarnelle Val di Pesa and San Casciano in Val di Pesa in the province of Florence. And in Castellina in Chianti, Gaiole, Radda, Castelnuovo Berardenga and part of the municipality of Poggibonsi in the province of Siena.

Both consumers and the producers themselves often speak generically of Chianti wine, also referring to Chianti Classico. In reality, however, these are not synonyms at all, but two different Docgs, with different specifications, production areas and protection consortia. For Chianti Classico is meant only those wines coming exclusively from those areas delimited by Cosimo III in his edict. While for Chianti we mean all the other areas. But it is just in 1932 that next to the word Chianti is added the name “Classico”.

The history of Chianti is very old, but its great notoriety at the national level began in the twentieth century. The original production area was no longer able to satisfy a growing demand and therefore started a production outside the Chianti area . It was in 1924 that a group of 33 wine producers met in Radda in Chianti and gave birth to the first Consortium for the defense of Chianti wine.

The image chosen by the associates was that of the Black Rooster, historical symbol of the ancient Chianti Military League.

The Chianti League was a military political organization founded in 1384. He had the task of administering the territory of Chianti and defending its southern borders from enemy attacks on behalf of the Republic of Florence.