Selection of the best wineries in Montalcino,
here you can wine tasting Brunello di Montalcino, Rosso di Montalcino
Visiting a winery and tasting its wine is an unforgettable experience 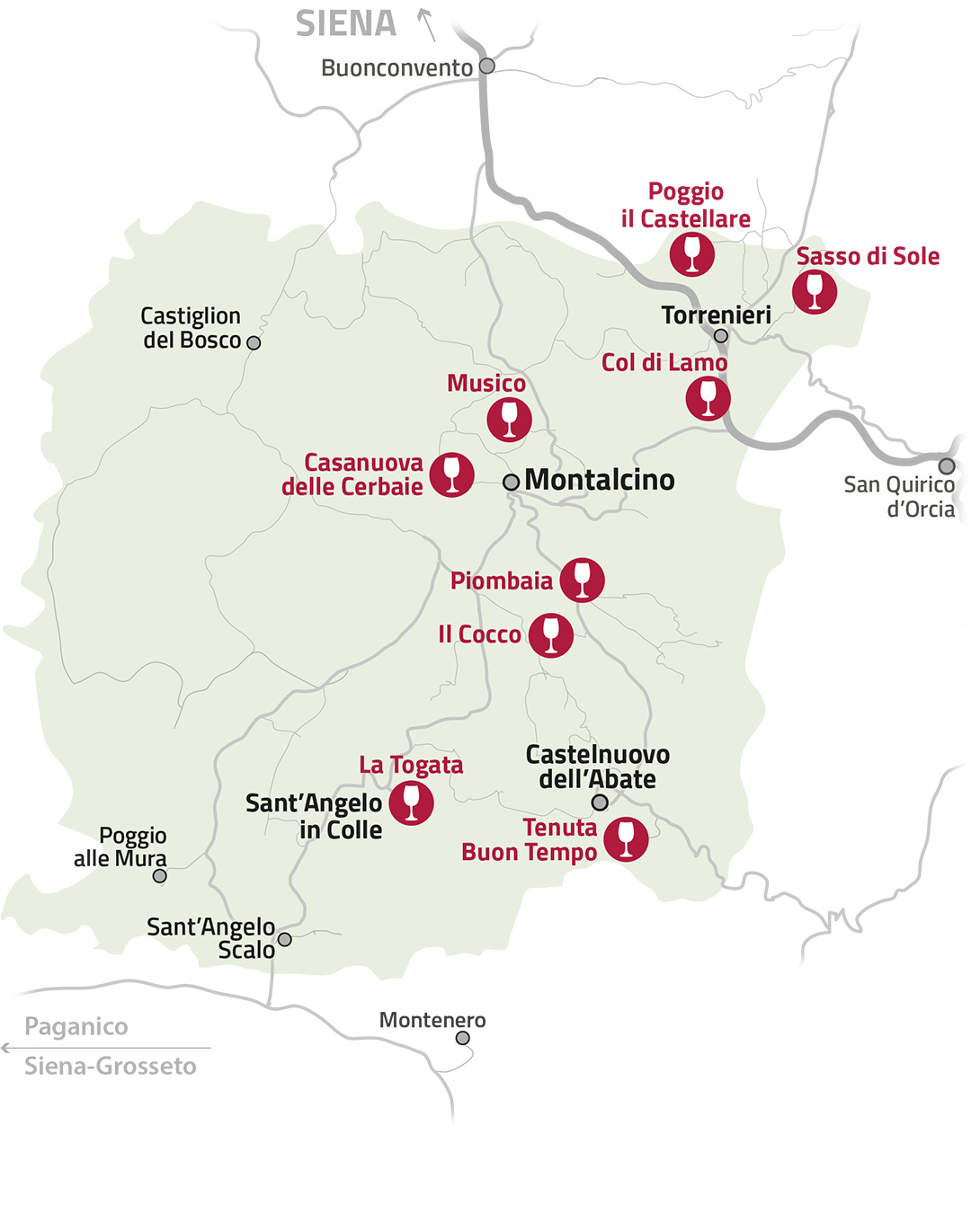 The vocation of the territory of Montalcino to produce high quality wines has been known for over two thousand years.

There are numerous archaeological finds dating back to the Etruscan era. The name Brunello was given to what was believed to be a grape variety. In 1879 the Ampelographic Commission of the Province of Siena determined that Sangiovese and Brunello were the same grape variety.

In Montalcino the name Brunello was therefore transformed into the description of the wine produced with Sangiovese grapes.

The production area is bordered by the valleys of the three rivers Orcia, Asso and Ombrone. It takes on an almost square shape, whose sides measure an average of 15 kilometers. Now all that remains is to make a tasting of Brunello di montalcino.

In Val d’Orcia is also produced the Wine Orcia DOC that was born on February 14, 2000, thanks to the tenacity of some founders of the Consortium of Wine Orcia.

Undisputed protagonist of Vini Orcia is Sangiovese. The production area of Orcia DOC is located between Brunello di Montalcino and Nobile di Montepulciano.
The territory of Orcia wine production is considered as the most beautiful countryside in the world. In 2004, UNESCO included it in the World Heritage Site, the first rural territory to be awarded this award.

The beauty of the landscape characterizes the entire territory of Orcia wine production. From the lunar one of the Crete Senesi to the hills with cypresses, castles, abbeys, farms and medieval villages of the Val d’Orcia.

The cereal fields dominate the landscape alternating with pastures, olive trees and vineyards. Today the 12 municipalities of Orcia are among the most exclusive tourist destinations thanks to the presence of spas of excellence.